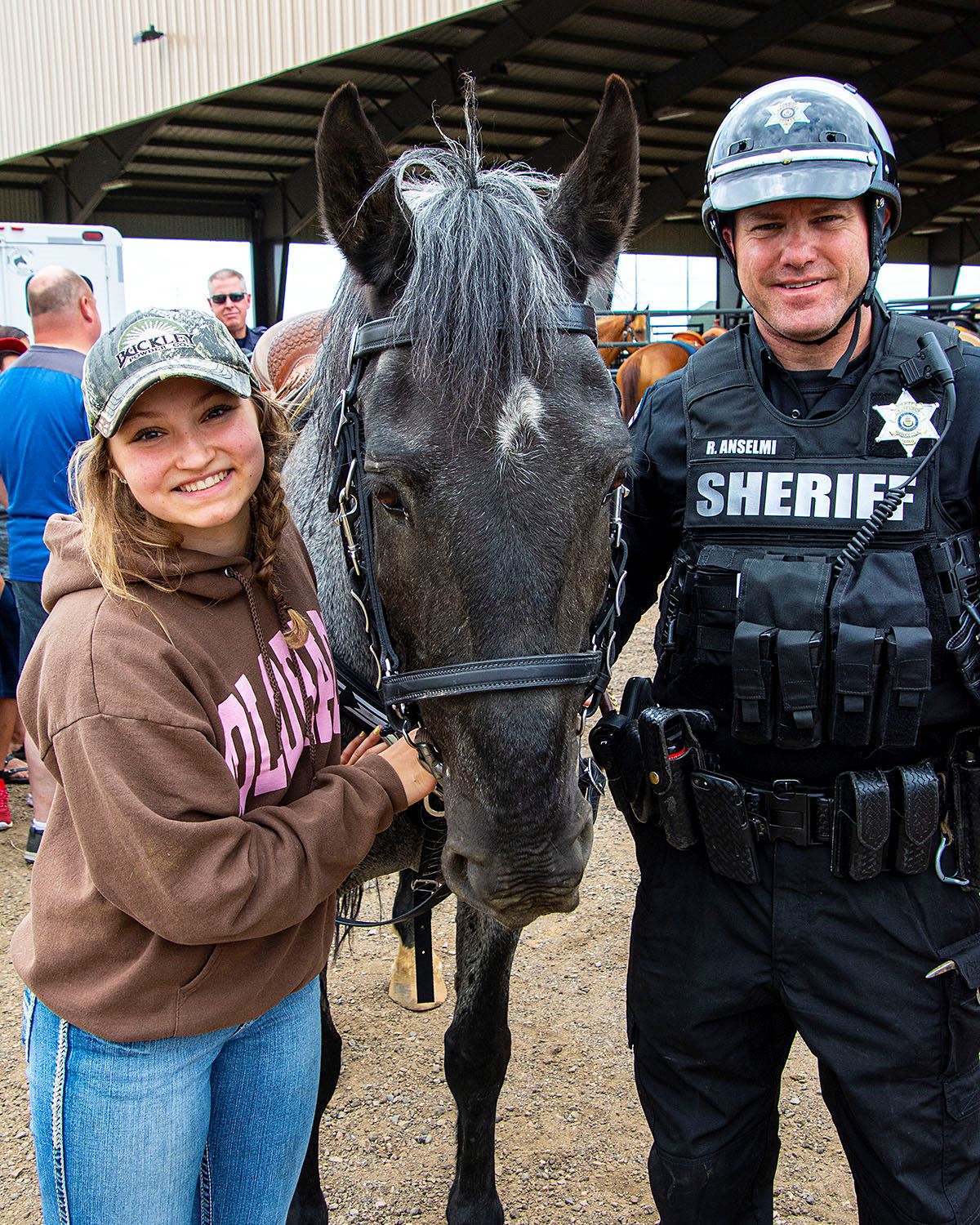 Mark Boyle
Public Information Office
720.874.4165(work)
720.537.2784 (cell)
MBoyle@Arapahoegov.com
June 24th, 2020
MEDIA RELEASE
Adult and teen volunteers saddle up alongside deputies for the new Mounted Patrol Unit
ARAPAHOE COUNTY – The Mounted Unit is back in the saddle again! Now, involving community members as young as 16-years-old to assist deputies with patrolling the parks and trails of Arapahoe County and the City of Centennial.  With this addition to the newly formed Mounted Unit, the Arapahoe County Sheriff’s Office is one of the only agencies in the country to include teenagers in its unit.
“In light of recent events, it’s more important than ever for law enforcement agencies to form partnerships with their community,” said Lt. Anselmi.  “Our mounted unit does this by having citizens as young as 16-years-old out patrolling with the deputies.”
Arapahoe County decided to involve teens into the program because, much like an explorer program, this allows teens to become involved in law enforcement and service to their community while creating a bridge between the sheriff’s office and younger members of the community.
After nearly 30 years without a Mounted Unit, the Arapahoe County Sheriff’s Office restarted the unit in June 2020 and is ready for the unpredictable.  The unit will serve the community in the capacities of community outreach, search and rescue, and routine patrol to stay in tune with our community and the needs of our citizens
“This is great with the sheriff’s office as a community outreach,” said Deputy Kochaneic, who is an instructor and has been trying to start up the unit for several years.  “It’s so powerful, especially with the kids, but it is just amazing what a horse can do for the relationship between police officers and citizens.”
Members of the media are encouraged to attend the civilian volunteer training!
What: Watch as adult and teen volunteers train on horseback riding through smoke, flares, train around simulated gunfire and riding in formation with deputies.
When: Sunday, June 28th, 2020
Time: 8 A.M. – 5 P.M.
Where: Arapahoe County Fairgrounds
25700 E. Quincy Ave.
Aurora, Colorado
Contact: Lt. Rich Anselmi 303.434.4278To meet the new Arapahoe County Mounted Unit, visit our web page at www.arapahoegov.com/2109/Mounted-Patrol
Watch the 2020 Mounted Unit training in action
Posted by Shane Lussier at 10:46 AM